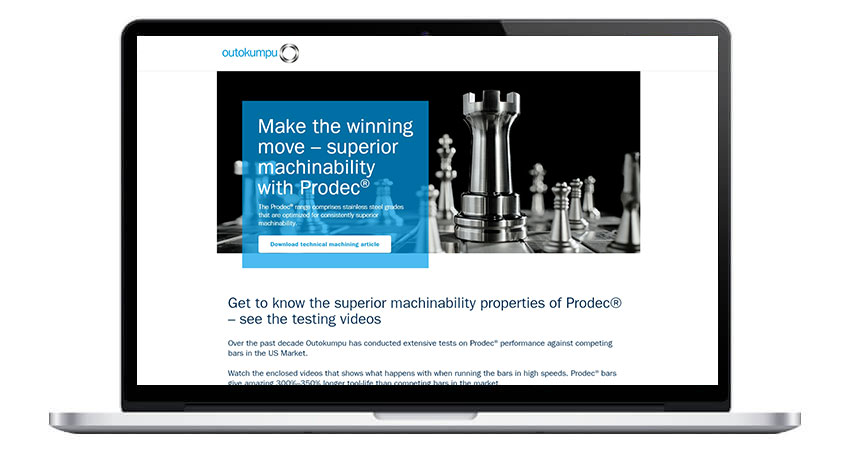 Outokumpu is a global manufacturer of stainless steel. Their differentiator is their ability to produce stainless steel grades for any form and almost any purpose. Stainless steel is not a single product—there are thousands of different grades and forms that it can take.

Outokumpu wanted to strengthen the Prodec® stainless steel image in the U.S. and Canada, maintain or increase market-shares and give reasons for distributors’ end-customers to continue using Prodec® over other options. 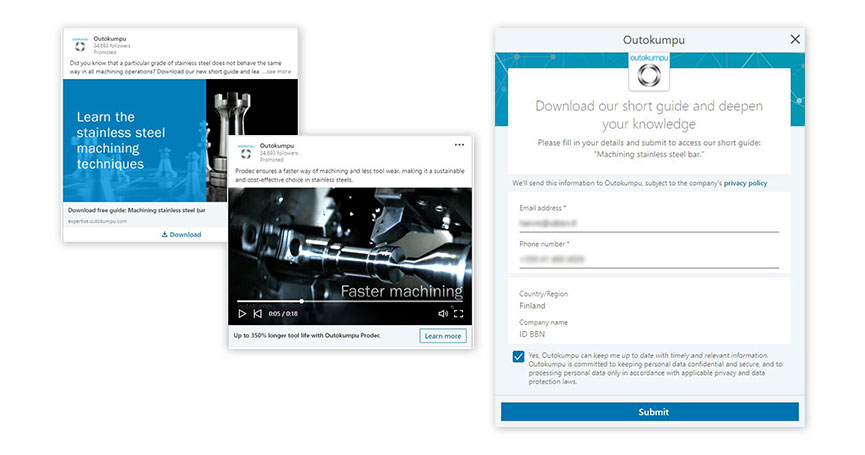 A multichannel campaign to promote Outokumpu’s Prodec® superior machinable stainless steel bars to the machining industry and existing distributors’ end-customers in the U.S. and Canada.

Campaign materials were also produced for Outokumpu’s distributor, who used them in organic posts in their own channels. In addition, a U.S.-based machining association invited their members to the campaign landing page.

The LinkedIn campaign was conducted in two phases: first, it targeted pre-selected groups from the U.S. and Canada. These groups were served both LinkedIn Sponsored Content Ads (awareness ads) as well as LinkedIn Lead Gen Ads, at a later stage.

The audience gathered from the groups was limited in size, so in the second phase, advertising was targeted based on user-listed skills and interests.

TARGET AUDIENCE: Started with Group-based targeting of CNC professionals in North America. Later broadened to include members with CNC-related skills. 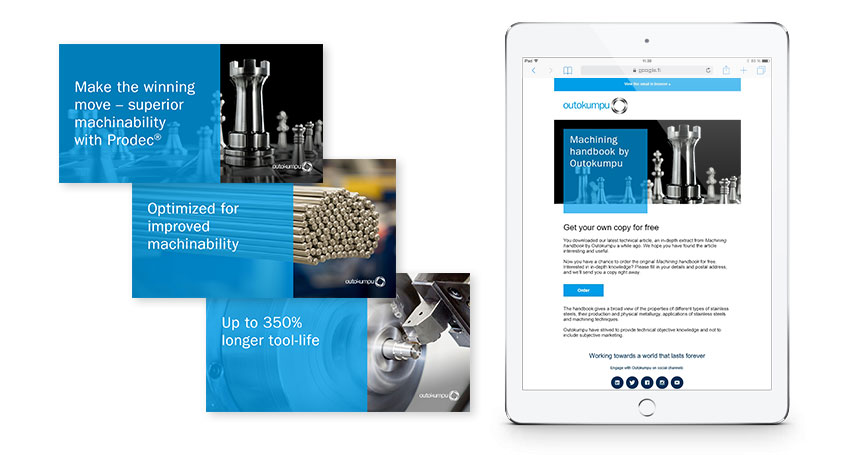 This was the first time that Outokumpu ran a Prodec® campaign on LinkedIn in the U.S. and Canada. Advertising increased brand and product visibility in the target groups and generated a significant number of leads that also converted further, i.e. continued to the next conversion and downloaded a free guide. Considering all factors, the campaign should serve as a benchmark of success, as it performed well on every metric and exceeded previous benchmarks by a wide margin.

“The campaign has been the best performing campaign at Outokumpu, considering the number of leads generated and the number of visits to the campaign page. The leads represent the exact audience that we wanted to target, which leads us to believe that our image has strengthened in the market, as planned.”

We use cookies on this website to offer you a better browsing experience. Some are necessary to help the website work properly and can't be switched off, and some are optional but help us improve the site in other ways.
Strictly necessary

Analytical cookies are used to understand how visitors interact with the website. These cookies help provide information on metrics the number of visitors, bounce rate, traffic source, etc.

Advertisement cookies are used to provide visitors with relevant ads and marketing campaigns. These cookies track visitors across websites and collect information to provide customized ads.

Save & Accept
Powered by