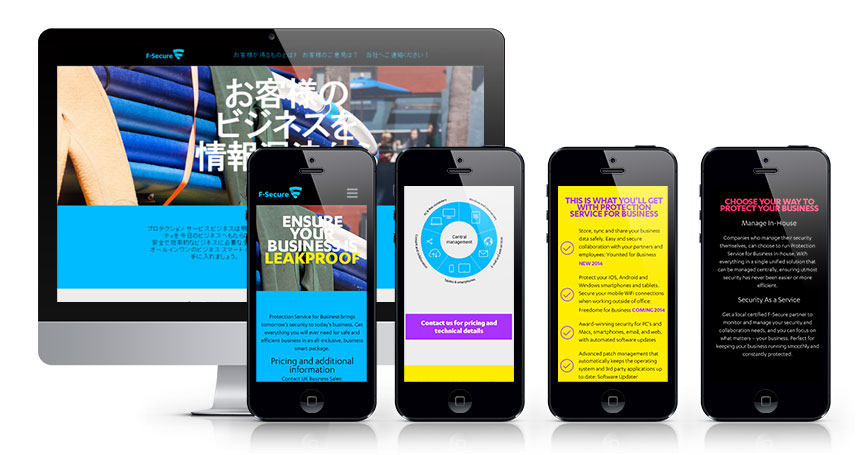 F-Secure Corporation is an anti-virus, cloud storage and computer security services company whose primary offering to the business segment in 2014 was their Protection Service for Business.

In Q2 2014, F-Secure launched a two-pronged PSB campaign aimed at end-user prospects and resellers in 10 countries. 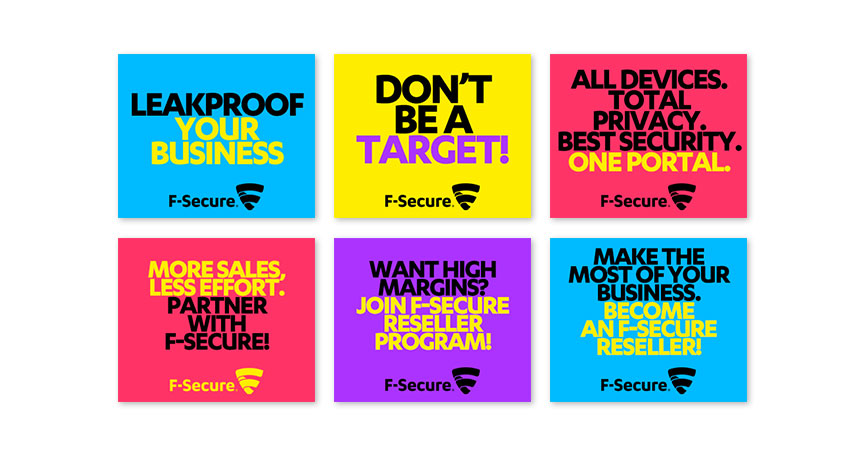 An English master version of all campaign elements was initially produced. Country offices in Brazil, Finland, France, Germany, Italy, Japan, the Netherlands, Poland, Sweden, the United Kingdom, and the U.S.A. were then asked to localize these into their own markets.

This was the first uniform global campaign that F-Secure has executed and the first that featured real-time sales and stats metrics reporting available to country offices. 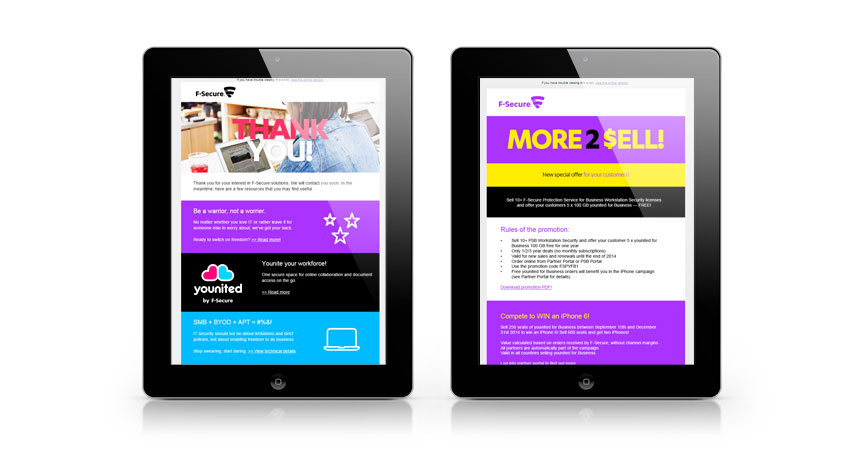 High-quality reseller leads increased by more than 250% over the year previous, and end-user metrics more than tripled across 10 markets.

The campaign produced hundreds of high-quality reseller leads in three months and the country offices involved reported a huge spike in leads and, for the most part, immediate sales.

Soft results included a very fast ramp-up to systematic campaign execution and the integration of global efforts, resulting in much more efficient campaign production and execution.

One of the most valuable benefits was the galvanising effect that real-time campaign and sales metrics had on in-country sales teams in this truly international campaign.

This campaign was a Markie Awards winner in the Best International Campaign category in 2015.